There are many good clinical reasons for recommending a caesarean birth. Some of which will be obvious from the start of pregnancy. For example, previous caesarean birth, and some will arise during pregnancy, such as persistent breech presentation. The safest time to deliver a baby by planned caesarean section is after 39 weeks. This minimises the baby having difficulty breathing. It is also thought that being born before 39 weeks by caesarean (or induced labour) can slightly increase the risk of problems like special educational needs. If a caesarean birth is indicated before 39 weeks due to pregnancy complications, your obstetrician may recommend steroid injections 24-48 hours before. This is to reduce the risk of breathing problems for your baby.

Most planned caesarean births are done under a spinal anaesthetic. This is where a fine needle is put into through the spine and local anaesthetic injected into the fluid surrounding the spinal cord. This makes the mother numb from the chest down for about 2 hours. Most caesarean births take approximately 45 -60 minutes. Sensation then gradually returns over the next few hours. Most women can get up after around 12-14 hours. Sometimes an epidural is used and very rarely a full general anaesthetic is required.

Can I Have a Birth Partner With Me?

Unless you are having a general anaesthetic, it is usually possible for you to have a birth partner with you. Unless your baby’s condition is worrying, your obstetrician will still recommend delayed cord clamping. Unless your baby needs immediate support, the paediatrician will ensure you get the opportunity to cuddle, hold and kiss your baby. They will also ensure that you get some new family photos whilst still in the operating theatre.

In Cayman, after the birth babies will leave the theatre with your partner and the paediatrician. They will go to the nursery where they will be examined, weighed and measured. Daddy should be offered the opportunity to do skin to skin. Or if he prefers, cuddle his wrapped baby until you return from theatre. Most babies will not need any milk feed until you return from theatre. In the cases where it is necessary to give your baby an early milk feed (e.g. because you have gestational diabetes) your paediatrician should have discussed this with you antenatally and explained to you how to express colostrum.

You will have a tube in your bladder (a catheter) until the spinal anaesthetic has fully worn off. This is to make sure your bladder works properly. Most women stay in the hospital for 2-3 days after a caesarean birth. There’s no reason why a woman can’t breastfeed after a caesarean birth. The midwives will support you if this is your feeding choice.

Occasionally, a caesarean section is planned but the woman goes into rapid labour. If this happens it may be necessary to re-think plans. An emergency caesarean may not be the safest option for either mother or baby. Particularly if the cervix is open and the woman is pushing. If you are aiming for a planned caesarean and think you might be going into labour it would be advisable to contact your obstetrician. This is especially important if you are less than full-term, which is less than 37 weeks gestation.

Rarely a caesarean is complicated by heavy bleeding. This might be because the placenta is low lying or because it’s an emergency. The possibility of needing a blood transfusion is higher than a normal vaginal delivery. Some women have a religious objection to blood transfusion. If that is the case for you it is vital that you have discussed this with your obstetrician well in advance of the delivery.

For women who are sure their family is complete, an elective caesarean section provides the opportunity to also carry out a sterilisation procedure. This involves clipping, dividing or tying off the fallopian tubes. The advantage of doing this is it provides long term, non-hormonal contraception. It avoids an admission for surgical procedure weeks or months after birth.

The disadvantage is that you should think of this as an irreversible procedure. If later on there is regret about the decision and a desire to have another baby this may not be possible or IVF treatment may be necessary. Also, this is done when the baby is only a few moments old. If the baby’s condition gives cause for concern, this may not be the best time to carry out an irreversible procedure. For this reason, obstetricians are usually only happy to do sterilisation at the time of an elective caesarean section for a patient where this has been discussed in detail at previous visits during the pregnancy. That way they can be sure it’s a considered decision and unlikely to be regretted by the patient. This is your preferred form of contraception? It’s important to discuss your wishes with your obstetrician before the day of your caesarean section.

It’s also worth checking out help, advice, and any jaundice in planned ceasarean birth posts in our Baby Facebook Group. It allows you to ask questions, gain access to basic advice and share experiences with others facing the same new experiences. You can join here: https://www.facebook.com/groups/babycayman/ 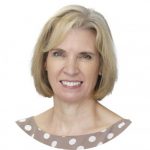 Dr Lisa Joelshttps://obgyn.ky
OBSTETRICIAN & GYNAECOLOGIST - Dr Lisa Joels (MB ChB, MD, FRCOG, FHEA) has 34 years’ experience in obstetrics and gynaecology including 19 years as a Consultant working in Swansea (2001-11) and subsequently at the Royal Devon & Exeter NHS Foundations Trust in the UK (2011-20). These are both University teaching hospitals, each having more than 4,000 deliveries a year and providing tertiary obstetric and neonatal services as well as gynaecological services to their local population. Dr Joels has experience in management of complex obstetric and gynaecological problems including a multi-disciplinary approach and working closely with related specialties such as midwifery, neonatology, paediatrics and anaesthetics. She believes in a woman-centred holistic approach to clinical management and is an advocate for patient choice and shared decision making.
Previous articleBeginnings Introduction
Next articleGetting Back In Shape After Birth

Baby.ky is designed to be the definitive guide to having a baby in the Cayman Islands. It's physician-verified information that you can trust, presented with only one agenda - to help you in your pregnancy journey.

Is there a “Right” Time to Have a Baby?

An Introduction to High-Risk Pregnancies

A Guide to the Delivery Room for Dads

Staying Fit and Safe During Pregnancy: Activities to Continue and to Avoid