Going Home After a Caesarean Section

Most women go home 2 to 3 days after a caesarean birth. You won’t be able to drive for at least 2 weeks so you will need to be driven home. Make sure you have practised putting the baby’s car seat in the car before trying it for the first time when you leave the hospital.

You will still need regular painkillers in the early stages. It’s worth taking the painkillers on time even if the pain in your scar isn’t too bad. This is because if you let the pain breakthrough it takes much longer for the pain killers to be effective. After a couple of weeks, you’ll realise you don’t need painkillers as often. It’s often best to use a combination of painkillers such as paracetamol and an NSAID such as ibuprofen. You shouldn’t need any opiate painkillers after the first 48 hours.

You will have a dressing covering your caesarean scar for at least 48 hours. It can be removed after that. The skin will have sealed back together but it’s still important to keep the wound clean and dry. It’s better to have a shower rather than a bath and dry the area carefully afterwards. You shouldn’t need any creams or powders on the wound unless advised by your doctor. It’s best at first to wear large pants rather than bikini-style underwear which may rub on the wound.

You will need extra help at home as you recover from your caesarean section. You won’t be able to lift anything heavier than your baby. Push a supermarket trolley or do heavy house work for 6 weeks as the muscles of your tummy need to heal. This also means you shouldn’t lift your toddler or older children. Encourage them to climb onto your lap for cuddles rather than picking them up.

After delivery, you will be bleeding initially but the loss, known as lochia, will slow down. It will become a brown loss then turn to a yellow and gradually clear discharge and then finally stop. This can take anything between three and six weeks. It’s better to use maternity pads rather than tampons for the first 2 weeks after delivery. This will minimise the risk of infection. If you are exclusively breastfeeding your periods may not return for some months. But it is important to consider contraception before this.
(hyperlink to postpartum contraception)

You can do gentle abdominal exercises a few days after your caesarean section. You can gently pull your abdominal muscles in and hold for 10 seconds before relaxing. Repeat this up to 10 times a day. This is not the same as doing sit-ups or crunches. Those exercises shouldn’t be attempted until the muscles have healed. A minimum of 6 weeks after your operation.
You can also do pelvic floor exercises starting 2-3 days after delivery. Even though you’ve had a caesarean delivery, the baby’s head in your pelvis will have put pressure on your pelvic floor. It’s a good idea to do those exercises as part of your recovery.
(hyperlink to getting back in shape after delivery)

Once the lochia has stopped it is safe to start making love again. Although you may need your partner to avoid lying heavily on you as your wound may be sore. It may be more comfortable to try making love with you on top. Or in different positions, at least until your tummy muscles have healed. Don’t forget about contraception. 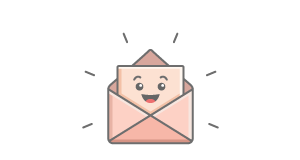